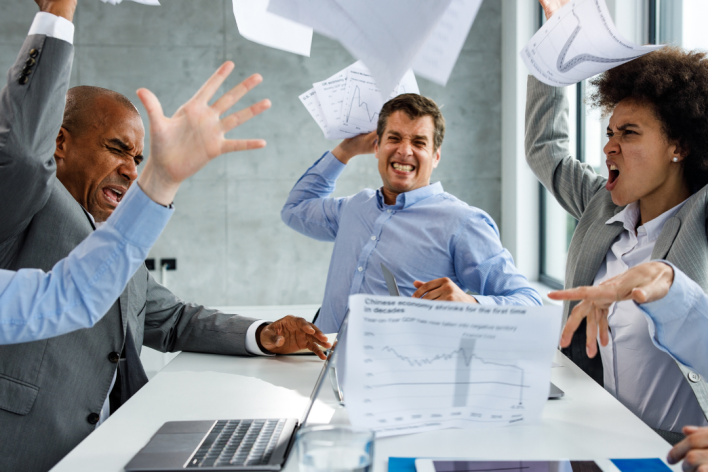 Is Team Dysfunction Holding Your Business Back?

As a Scaling Up coach, I focus on the 4 pillars – people, strategy, execution, and cash. It is no surprise to me that people is the first pillar. Why, because businesses are comprised of people, and people make it all happen. As Patrick Lencioni says in his book, The Five Dysfunctions of a Team: A Leadership Fable, “Not finance. Not strategy. Not technology. It is teamwork that remains the ultimate competitive advantage, both because it is so powerful and so rare.” As a huge fan of Lencioni, I agree with many of his thoughts. For example, the five dysfunctions need to be addressed and solved for an organization to reach its full potential. Let’s look at them.

In my opinion, trust is the cornerstone of any successful relationship. This holds true for both personal and professional relationships. According to Lencioni, teams that lack trust exhibit a series of negative behaviors. These behaviors include:

If your team exhibits these symptoms, chances are that nobody is working towards a common goal. In reality, each is most likely more concerned about themselves. This does not serve anyone well, especially the business. How much more could be accomplished if all team members trusted one another while rowing in the same direction with the same core values and goals in mind?

When there is no trust, you can expect the team to develop a fear of conflict. People will not risk anything if there is a potential for significant backlash. In a business setting, a fear of conflict leads to protecting one’s self-interests as opposed to solving problems. Too often, important decisions are not made and creativity wanes because there is just too much personal risk at stake to push the envelope. And who would want to attend meetings when no real issues will be discussed?

In no way am I suggesting that you want a culture of chaos and conflict. In fact, you do not want chaos, drama, or conflict. But you do want an atmosphere where team members can feel safe being able to openly communicate, share ideas, and solve problems together without repercussions.

Combined with a lack of trust and a fear of conflict, there is apt to have difficulty in making hard decisions. However, once a decision has been made, team members lack confidence in it. Thus, they cannot fully commit to it. There is ongoing second-guessing and doubt. Of course, this lack of commitment can stymie the growth of the organization.

If all the above conditions exist, it is almost impossible to create a system for accountability. For example, second-guessing leads to performance issues such as missed deadlines, poor work product, and finger-pointing. These are some key metrics used to measure employee performance. Without accountability, poor performance will persist, high performers will get discouraged, and improvement will be difficult.

In a culture where the first four dysfunctions are prevalent, team members are more focused on their personal goals rather than collective results. This is obviously not an ideal way of running a business. Decisions get made on a “what’s in it for me” basis rather than how can we take this business to the next level. When the other dysfunctions are addressed, team members can, and will, focus on collective results.

When working with clients, we explore the existence of team dysfunction. If found and there is usually some dysfunction, we work on solving the problems. Ignoring these problems will hold your company back in so many ways. So, don’t sweep team dysfunction under the carpet any longer. Obviously, rectifying team dysfunction will take a lot of work, but the benefits far outweigh the status quo. Give me a call, and let’s bring your business to greater success.